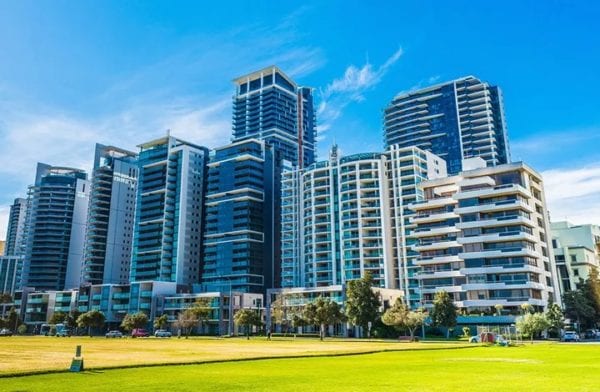 Strong price growth has returned to Sydney and Melbourne and is expected to spread to more affordable Brisbane, according to CBRE research.

While the devastating COVID-19 outbreak has cast a shadow over the economy in the opening months of this year, CBRE’s 2020 market outlook report says Australia’s development cycle is returning to undersupply.

“Apartment supply cycles in the major capitals are past their peak and vacancy levels are well controlled,” CBRE’s head of residential research Craig Godber said.

The report notes that approvals in Sydney, Melbourne and Brisbane are “particularly evident” for large developments in the three capital cities.

The property advisory group said the demand-supply imbalance was largely due to “population growth and anaemic construction activity”.

“This should encourage well placed developers to begin marketing larger projects again so they are at the forefront of the next development cycle post 2021,” Godber said.

The spread of COVID-19 largely dominated the Reserve Bank’s decision to pull the trigger on interest rates at its Tuesday meeting, cutting to the historic low of 0.50 per cent.

Weighing in, AMP Capital chief economist Shane Oliver said there is potential COVID-19 could pose a risk to the property market in the coming months.

“Ultimately, interest rate cuts won’t reverse the impact of the coronavirus outbreak on our economy,” Oliver said speaking on the RBA’s latest decision.

“Instead, what the Reserve Banks and other central bankers are aiming to do is provide some support to the economy through this period of uncertainty and debt relief to households and businesses.”

“Once the all-clear is given for coronavirus, these actions will help the economy come up faster and stronger on the other side.”

On announcing Tuesday’s historic low of 0.5 per cent, the Reserve Bank added that there were “further signs of a pick-up in established housing markets” after prices have “risen in most markets and in some cases quite strongly”.

Although, with more stock on the market, CBRE expects the recent pace of growth seen in Sydney to moderate in 2020.

Melbourne
Supply is still supported by population growth at 2.1 per cent, according to the report.

“But keep an eye on further easing,” Godber said.

“Supply levels will moderate in 2020 and 2021, although with the potential to ramp up again quickly.”

Victoria’s non-housing stock currently under construction remains near record levels at almost 50,000—supply will continue in 2020, and 2021, but moderate.

Brisbane’s time to shine?
Brisbane residential values could rise 5 per cent to 10 per cent according to the market outlook report, buoyed by a “potential stock shortage”.

And with Brisbane’s house prices as much as 51 per cent more affordable than Sydney and 36 per cent cheaper than Melbourne, the Sunshine state capital is a pull factor for those looking to move interstate.

Net interstate migration is trending at its highest level since 2007, while development completions have been falling since 2017, now below 15,000 on an annual basis, which CBRE says is almost 40 per cent off peak levels.

CBRE’s report says that Brisbane’s residential vacancy is the lowest of the four largest capital cities, and dwelling approvals and construction starts are more than 40 per cent lower than the recent peak.

“The precursors are in place to support a new cycle—but the ramp up will take us beyond 2021,” CBRE’s head of research Australia, Bradley Speers said.

Greater Brisbane medium and high-density approvals are also at their lowest level since 2012.

“We envisage a potential shortage of residential stock by 2021, and strong growth in rents and values until then,” Speers said.

STAY IN TOUCH WITH US!